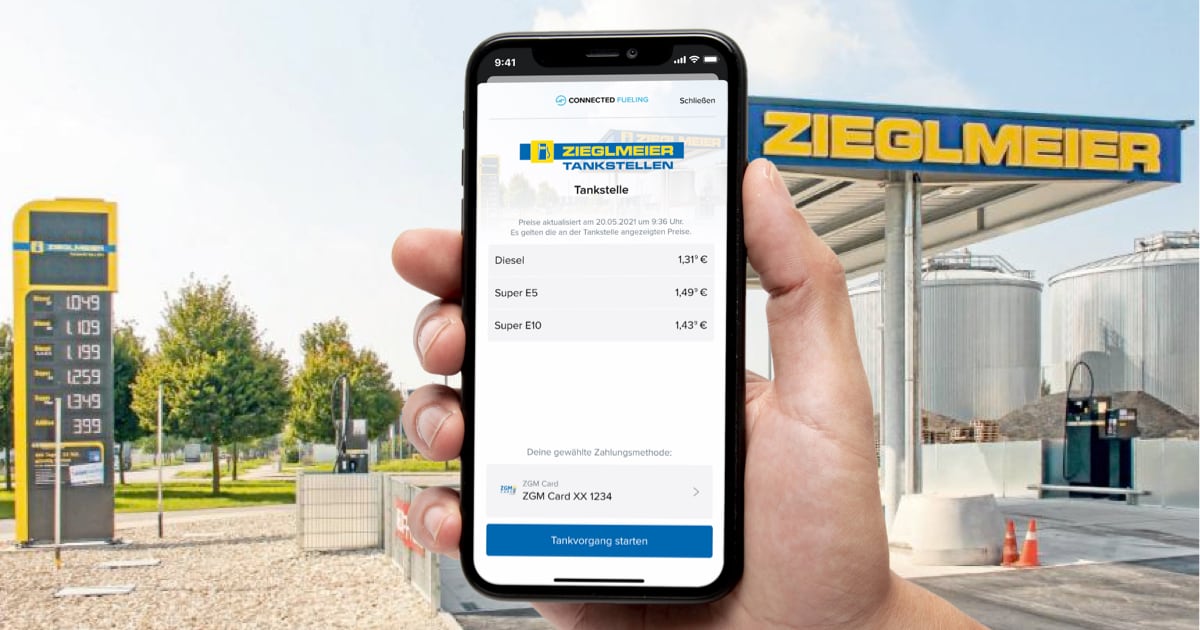 Together with PACE Telematics, Zieglmeier is digitizing its own ZGM Card. It can now be used as a payment option in the PACE Drive App as well as in the Zieglmeier Spritadvisor App at all Zieglmeier stations.

Together with the company Hoyer, Zieglmeier is thus one of the first Connected Fueling partners to implement the connection of the payment function in its own app together with the integration of its own digital fuel card. The advantages of the independent platform developed by PACE are thus combined and optimally used.

The Zieglmeier fuel card ZGM Card becomes another payment option in the Connected Fueling platform. Together with the DKV Card and the Hoyer Card, it is thus one of the first fuel cards available to customers and enables mobile payment by fuel card directly at the pump.

“The digital fuel card is still in its infancy –and we want to be part of it from the very beginning!”

“Since we have already been able to successfully digitize many areas in our company, we are now also taking this step with our ZGM Card,” says Christine Zieglmeier, Head of Finance & Controlling, Zieglmeier GmbH, “The digital fuel card is still in its infancy –and we want to be part of it from the very beginning!”

Customers can thus make simple, secure and convenient mobile payments at Zieglmeier stations using their own app and the ZGM Card, without having to queue at the register. “Our customers can pay for their tank filling directly via the ZGM Card app, which has already been expanded to include the payment function; the fuel card is stored here as a means of payment,” Christine Zieglmeier describes the process, “in the app, the customer also selects the fuel pump right away.” After paying, the customer can continue driving.

In the fast lane with Connected Fueling

The independent Connected Fueling platform also enables smaller and medium-sized providers to digitize their own products and expand their range promptly and with little effort. Cross-acceptances can also be implemented in this way, as is common in the service station market. “Due to the absolutely convincing concept, we decided to cooperate with PACE and have now jointly developed a solution that can be optimally implemented for a medium-sized business like us,” says Christine Zieglmeier.

This cooperation is not the only forward-looking step the corporation is taking. Customers can already pay for their HVO diesel on the move using their smartphone. The climate-neutral diesel is available at selected Zieglmeier service stations. 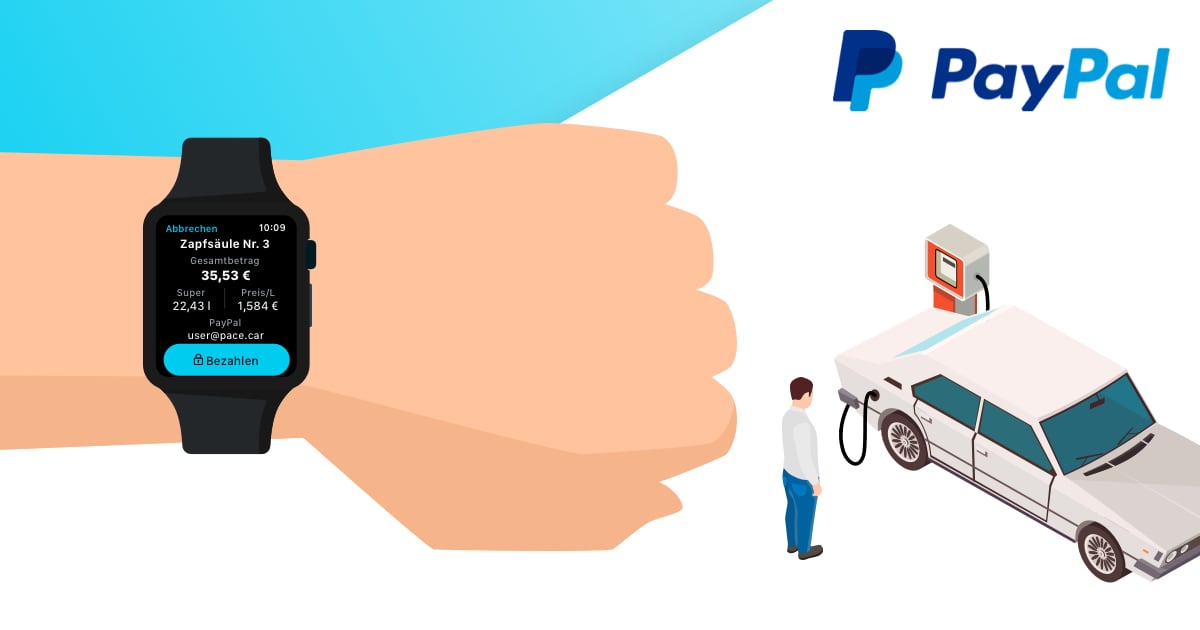 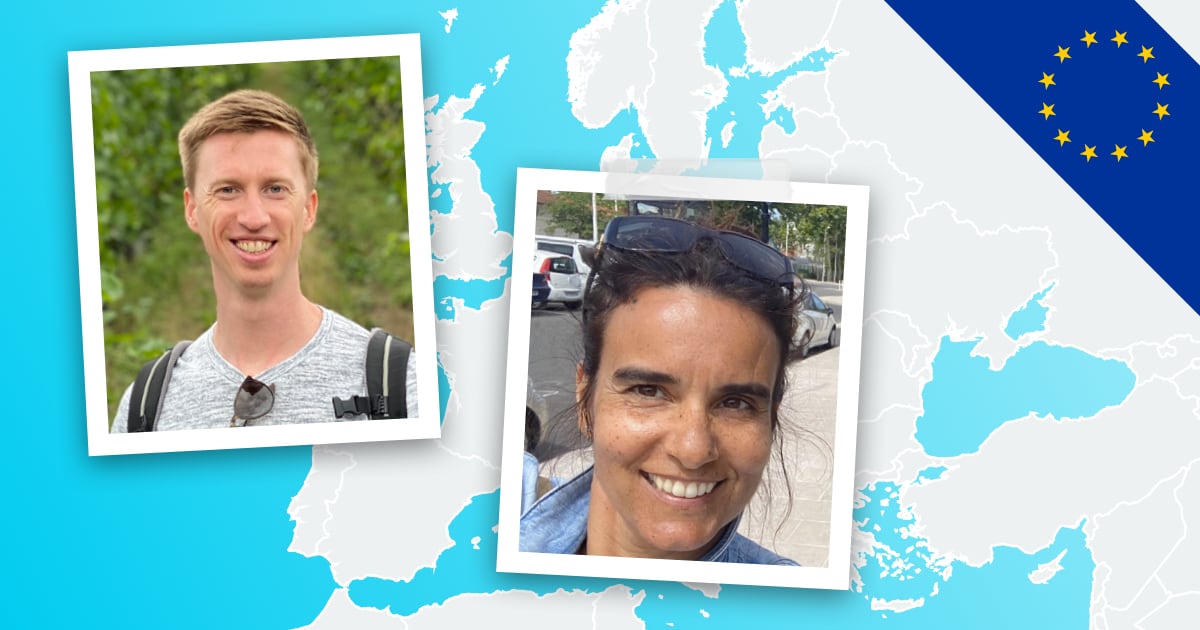 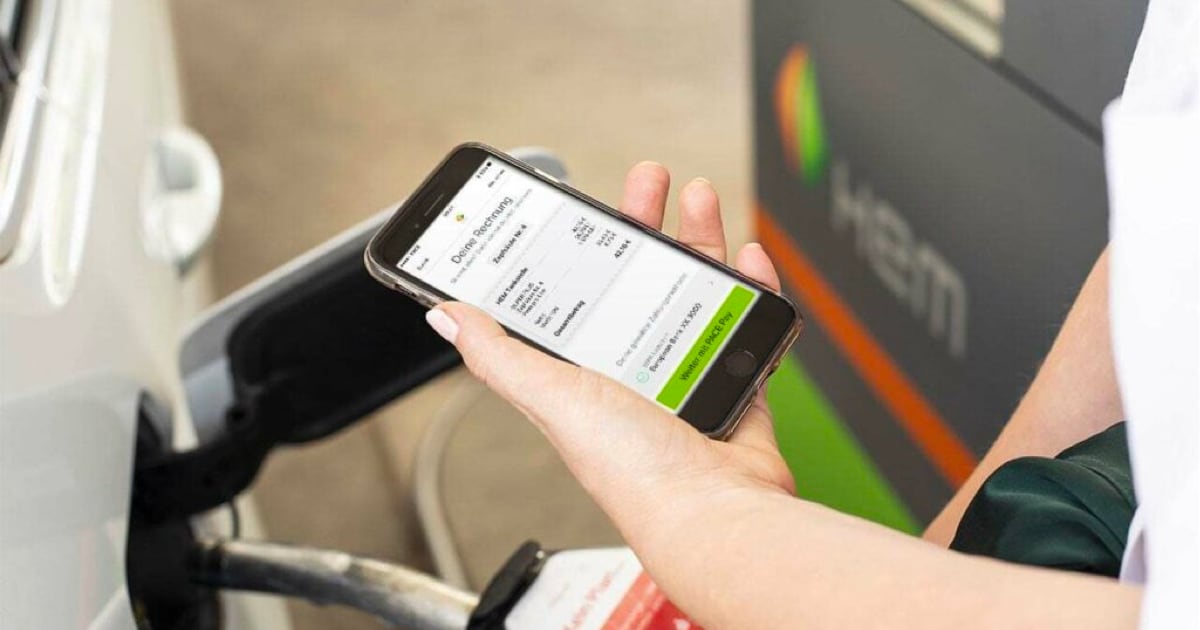 HEM and PACE cooperate in mobile payment at the fuel pump

Test the Connected Fueling function free of charge and without obligation with the PACE Drive app on your smartphone: Simply download it from the app store, register and get started! 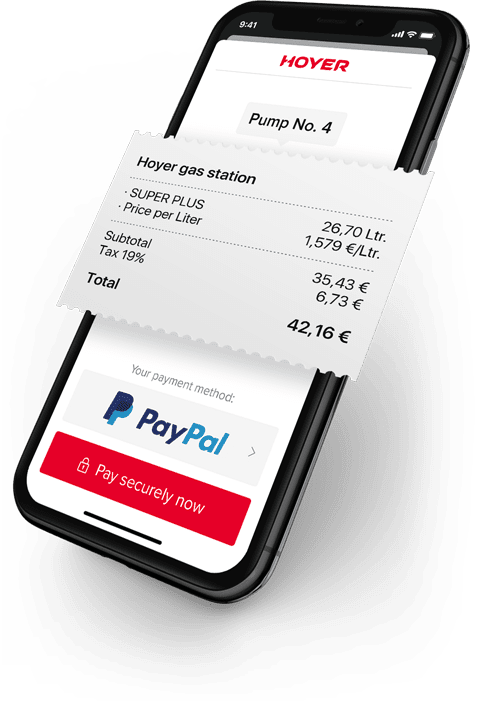 Great! Intuitive search for gas stations that is easy to use and also looks stylish! I'm excited to see what other features will be added soon. Keep it up!

We look forward to your inquiry and are available to answer any questions you may have. 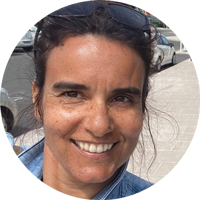